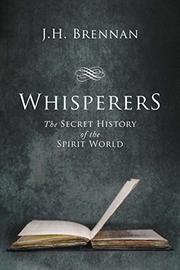 The Secret History of the Spirit World

The author engagingly embraces the phenomenon of spiritual interaction with the living in a dense exploration of historical figures who he asserts have become influenced by suggestive spirits. In early sections, Brennan examines the spirit beliefs of the Ubaidian people and the Egyptians, who etched spectral “utterances” into pyramid walls. He then moves on to profiles of prominent historical leaders believed to have both directly and indirectly altered history through spiritual intervention. They include Joan of Arc, Nostradamus, Rasputin, 18th-century Christian mystic Emanuel Swedenborg, Napoleon Bonaparte, controversial occultist Alessandro Cagliostro and a loosely formed spirit-human association with Adolf Hitler. Brennan’s sweeping examination also cites modern evidence by incorporating the use of Ouija boards, mesmeric suggestion and conjurations into the mix. An equitable author who recognizes that his assertions, for some, will be construed as “superstitious hocus-pocus,” Brennan posits that visions and voices may arise not from the spectral plane, but from historical experimentation with mind-expanding hallucinogens such as peyote, mandrake root and LSD. He logically ponders whether these drugs simply induce artificial delusions or expand the human consciousness sufficiently to receive phantasmal messages. The source for Brennan’s unblinking faith in such a predominantly conjectural subject may lie in late, hair-raising chapters describing his own eerie, nonverbal encounters with spirits and poltergeists in Ireland. Ultimately, his deftly corralled, intriguing research translates into unsettling, if academically written, “proof” of the existence of spiritual suggestion.

Certain hokum for skeptics, but the more open-minded will savor this chillingly convincing testimonial.