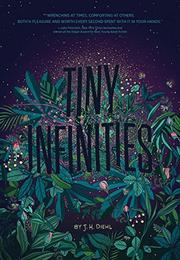 The summer she turns 13, Alice struggles to hold on to the family life that has been slipping away since her mother’s major car accident a year ago.

At the request of her mother, who has been in bed and depressed since her accident, Alice’s father is moving out, and her twin brothers are going to stay with their aunt. If she can’t keep her family together, Alice hopes she can at least reach her swim team goals; she practices twice daily and has numerous competitions. The night Alice stays out late to avoid watching her father leave, she saves Piper, a young girl who just moved in next door, from being hit by a car. Alice soon realizes that something is wrong: Piper doesn’t speak, doesn’t seem to hear, and doesn’t seem to express emotion as expected. Alice is hired as a mother’s helper for the family, and one night she hears Piper utter a word. Telling Piper’s parents about it upsets them, and Alice becomes determined to prove to everyone that she did not make this up. Diehl, a debut author, has a lovely writing style and wastes no time getting readers on Alice’s side. While this is not a fast-paced novel and at times even feels meandering, its exploration of relationships—among family, friends both old and new, and crushes—and responsibility are worth diving into. While some minor characters have names of diverse origins, the main characters are not described in terms of ethnicity or race, implying a white default.

A quiet story with a likable protagonist.