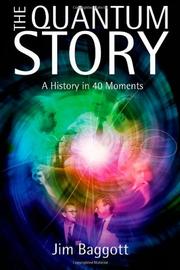 A History in 40 Moments

A shimmering tour d’horizon of quantum theory from popular-science writer Baggott (Atomic: The First War of Physics and the Secret History of the Atom Bomb, 1939–49, 2009, etc.).

Quantum theory—challenging, disconcerting and heavy on math—is not going to be pinned down and dissected for lay readers without a lot of kicking and screaming. Baggott succeeds, however, imbuing the narrative with important context, his own communicable enthusiasm and the instances of dense theoretical exposition mediated by historical and biographical storytelling. His survey runs roughly chronologically, starting with Max Planck’s contention that energy is composed of a definite number of equal finite packages, through Einstein, Bohr, Heisenberg, Dirac, Feynman, Hawking et al. the author then looks at the Standard Model and the more amorphous superstring theory. Confirmed prediction is paramount in quantum theory because it works on educated guesses and implication, with only indirect evidence for the matter at hand. Here again Baggott shines, filling in the background, sometimes purely personal and sometimes entirely academic. Those with a jones for physics will not be disappointed, but the author leads readers through the dense material—if not like a seeing-eye dog, then with encouragement to look beyond his pages.

Quantum theory may deny us the possibility of properly comprehending physical reality, but Baggott’s account is smart and consoling.