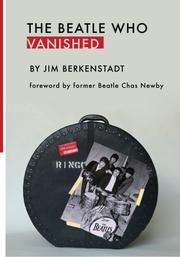 THE BEATLE WHO VANISHED

Berkenstadt’s impressively detailed book opens with a 24-year-old Jimmie receiving the phone call that would change his life, inviting him to temporarily take Ringo Starr’s place on the Beatles’ first world tour during June 1964. (Ringo had been hospitalized with tonsillitis.) Berkenstadt instantly draws the reader into his tale of this little-known drummer from the borough of Wandsworth, England, and then progresses through eight chapters, telling his back story. One band follows another as Nicol builds his reputation as a versatile drummer in the 1950s and ’60s—Colin Hicks and His Cabin Boys, Vince Eager and the Quiet Three, The Rabin Band, the Cyril Stapleton Band, Jimmie Nichol and the Shubdubs—until the book reaches fever pitch with the Beatles’ world tour. Berkenstadt rightly devotes five chapters to the 13 days Jimmie spent with the Beatles. The author manages to generate a phenomenal amount of energy around the little-known drummer, using first-rate historical details, rare photographs and memorabilia illustrations; the dynamic photos, especially, lend this bio legitimacy and appeal. Unfortunately, the author drags out the story’s denouement for eight more chapters using the same level of detail. In his enthusiastic effort to do justice to Nicol’s entire career—not just the Beatles segment—he seemingly forgets his more casual readers. Hard-core rock-and-roll enthusiasts will enjoy it, but average readers will find Chapters 9-13, which are fantastic, of most interest.

Berkenstadt brings excellent investigative skills to this bio of a forgotten replacement Beatle, but its last section will likely only appeal to die-hards.