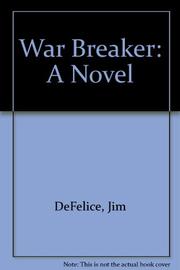 A bankrupt ex-CIA agent takes his helicopter flying skills to the Indian subcontinent—where Muslim monarchists, Sikh separatists, and megalomaniac militarists are at daggers drawn. Nuclear weapons and prehistoric Stealth bombers terrorize everybody in this technothriller by the author of Coyote Bird (1992). It's the end of the century. Bill Clinton is gone after one term, replaced by an Italian-American former governor whose chief aide is—ohmigosh, what a weird coincidence—his son Andrew. The mess of the moment has to do with a stupid CIA project from a previous administration. The spooks, on their own, and without presidential permission, meddled with the South Asian balance of power by fixing Pakistan up with three secret, Stealth-retrofitted WW II B-50 bombers capable of delivering nuclear bombs to Calcutta and Bombay. Michael O'Connell—who, following orders from a now- dead CIA head, first fixed the Pakistani Air Force up with the planes and then got fired on trumped-up charges—is now coerced into going in and discreetly undoing the damage before the bombs get dropped on expansionist India. Because it's a secret mission and because B-50 flying skills are in short supply, O'Connell, who can fly only helicopters, has to find his own WW II pilot James Greeley, a bitter, boozy black veteran whose military records rather overstate his piloting experience. Speed in the mission is of the essence. Pakistani politics are at the boil, heated by the mischief of a princess who would like to restore her family dynasty. For years, the princess has been supplementing the privy purse with payoffs from the CIA, and now she seems amazingly prescient about the kidnapping of the American Secretary of State, whose rescue O'Connell will have to effect before he can get to those dratted bombs.... Good clean technofun. There's some silly business about divine apparitions and amorous telepathy, but it's atoned for by the fresh new scenery.