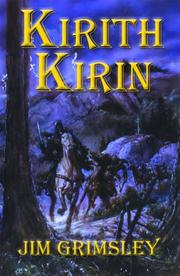 Fantasy from the southern playwright and author of Comfort and Joy (1999), etc. Blue Queen Athryn Ardfalla, refusing to yield her throne to the Red King, Kirith Kirin, as tradition and law demand, has allied herself with an evil wizard, Drudaen Keerfax, and has grievously oppressed the people. Kirith Kirin, keeping to the forest of Arthen where the queen cannot go, plots to remedy the situation. His seer, Mordwen, in response to a prophecy, sends for young sheepherder Jessex to tend the lamps at the forest's shrine. But Jessex, the son and grandson of witches, has more talents than are apparent. Three weird sisters—the Fates, in effect—spirit him away to a magical lake, where they teach him magic in a sort of time warp. Then Jessex learns that the queen's witch, Julassa, has killed his family and captured his mother. Kirith Kirin, meanwhile, falls in love with Jessex. Constrained by the sisters never to use his magic, Jessex progresses rapidly, resisting Drudaen's blandishments—until Julassa threatens to annihilate Kirith Kirin and his armies in battle. Jessex kills Julassa, but the sisters agree that this too is part of his development, while they wait for a major-league wizard, Yron, to show up. Finally, the war of liberation gets going and Jessex realizes who he really is.

Grimsley's backdrop's and quantum-magic ideas are deeply considered and impressively detailed, but the rest is obvious, overly familiar, and weighs a ton.