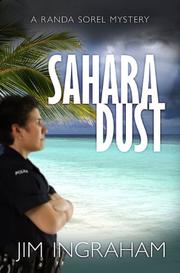 Suddenly, Cherokee City, Fla., is chock full of folk in sheep’s clothing, and it’s up to Detective Sergeant Randa Sorel to defrock the wolf.

Randa has much to cope with these days. Her blowhard boss, for instance, never saw a TV camera he didn’t want to cozy up to. He doesn’t like Randa, and she doesn’t like him. Domestically, there’s trouble, too. Attractive, charming, marriage-phobic Lee Fronzi is everything a woman could want in the boyfriend department, provided Randa isn’t listening nervously to her biological clock. But that’s the sort of stuff that tends to get shoved to the back burner when a homicide cop gets a whiff of a really juicy homicide. Who killed retired NCIS agent Woodrow Barstow, what was he doing in Cherokee City and why are so many Federal types trying so hard to persuade local law enforcement—namely Sergeant Randa, who’s gotten the case—that national security is involved? Are the Feebies playing mind games for some special reason, or just out of habit? Specifically, what’s Randa to make of enigmatic Native American FBI Agent Tyonek Horse? She doesn’t trust him. Actually, she doesn’t trust any of them. And soon enough a crop of bumps and bruises will vindicate her judgment.