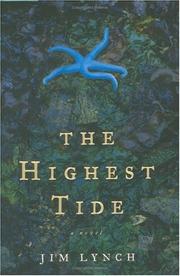 A shrimpy 13-year-old with a super-sized passion for marine life comes of age during a summer of discovery on the tidal flats of Puget Sound.

Miles O’Malley—Squid Boy to his friends—doesn’t mind being short. It’s other things that keep him awake at night, like his parents’ talk of divorce and his increasingly lustful thoughts about the girl next door. Mostly, though, it’s the ocean’s siren call that steals his sleep. During one of his moonlit kayak excursions, Miles comes across the rarest sighting ever documented in the northern Pacific: the last gasp of a Giant Squid. Scientists are stunned. The media descend. As Miles continues to stumble across other oddball findings, including two invasive species that threaten the eco-balance of Puget Sound, a nearby new-age cult’s interest in Miles prompts a headline in USA Today: Kid Messiah? Soon tourists are flocking to the tidal flats, crushing crustaceans underfoot and painting their bodies with black mud. Dodging disingenuous journalists, deluded disciples and the death-throes of his parents’ marriage, Miles tries to recapture some semblance of normality. He reads up on the G-spot and the Kama Sutra to keep pace with his pals’ bull sessions about sex (hilariously contributing “advanced” details that gross the other boys out). But Miles’s aquatic observations cannot be undone, and as summer draws to a close, inhabitants of Puget Sound prepare for a national blitzkrieg of media and scientific attention and the highest tide in 40 years, all of which threatens everything Miles holds dear. On land, the rickety plot could have used some shoring up. Miles is just too resourceful for the reader to believe his happiness—or that of those he loves—is ever at stake. But when Miles is on the water, Lynch’s first novel becomes a stunning light show, both literal, during phosphorescent plankton blooms, and metaphorical, in the poetic fireworks Lynch’s prose sets off as he describes his clearly beloved Puget Sound.

A celebratory song of the sea.