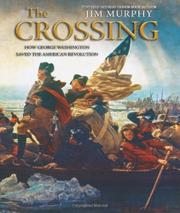 Murphy brings the winter of 1776 to life with powerful prose and captivating illustrations. After devastating defeats in and around New York City, the Continental Army was disintegrating and the British were perilously close to snuffing out the American Revolution. Washington saved the Army, the Revolution and his command with his daring surprise attack on Trenton, quickly followed by victory at the Battle of Princeton. The author takes pains to discuss Emanuel Leutze’s Washington Crossing the Delaware, noting that the point of the iconic painting is its symbolism rather than historical accuracy. Given this care, it is regrettable that the author does not specifically debunk the widely told story that the Hessians were easily defeated because they were hungover, though his account by no means supports it, instead portraying the Hessians as well-organized and professional. Too, it’s a shame there's no mention of the pre-attack, morale-boosting reading of Thomas Paine’s “These are the times….” Despite these small shortcomings, this is a superbly written, well-researched and attractively illustrated account that may well launch researchers on further exploration. (chronology, Revolutionary War sites directory, source notes, index) (Nonfiction. 9-12)