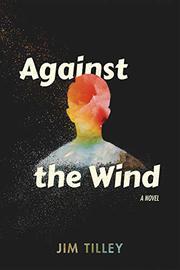 Tilley’s debut novel after several collections of poetry traces the connections between a disparate group of people in the United States and Canada.

It begins with Ralph, a well-off lawyer in New York City, having a health episode that prompts him to revisit a canoe trip he undertook in 1965 with several of his high school friends. Ralph’s high school girlfriend, Lynn, is a teacher; his old rival, Dieter, now works for a company with a contentious wind farm project in the works. Jean-Pierre, Lynn’s estranged husband, also has ties to the wind farm and often ponders his younger days, when he was deeply involved in Quebecois separatist politics. Many of the characters are in late middle age, with decades of personal history and professional rivalries behind them. The main exception, generationally speaking, is Jules, the grandson of Lynn and Jean-Pierre, raised by them after the boy's parents died in a plane crash. Jules is a high school senior with an interest in engineering, which connects him to many of Lynn’s old friends. Jules is also transgender, which leads to a few awkward moments between him and Jean-Pierre, who is portrayed as being less understanding of Jules’ gender than Lynn. Tilley’s novel charts the shifting balance of power, both emotional and financial, within this group. Tilley handles most of his characters with sympathy, though an early revelation about Dieter helps to establish him as the closest thing this novel has to an antagonist. It’s a slow-burning work but written with a solid attention to detail—even if its focus on quiet conflicts and interpersonal dynamics can feel too restrained at times.