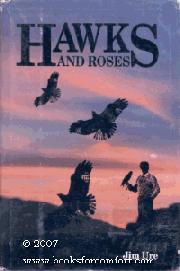 With deftness, wit, and charm, Ure, a former journalist and Disney animal trainer, writes of the Utah predatory bird rehabilitation project begun in 1973 by him and his wife, Stel. The Ures decided on the project when they learned that the Utah Division of Wildlife Resources rangers were ``putting down'' a dozen raptors a week. Some had been hit by cars, poisoned, shot by hunters or farmers, or electrocuted on power lines, while others were simply being held as evidence in unlawful possession trails. Their first two charges were baby great horned owls, followed by a marsh hawk and a kestrel, or sparrow hawk. Before long, the Ures had 50 to 60 birds. While Stel did most of the diagnosis and medical treatment, Jim built news and a hawk barn, as well as perches for use outdoors and in the house for those in need of frequent attention (requiring continual cleaning of ``white-wash'' from carpets and counters). Food was the primary problem: how to store enough raw chicken to supply a 30-pound-a- day habit? Not to mention the acquisition of, and how best to kill and store, innumerable mice and rats. But despite the occasional lost cause and the hard work, the Ures have found the project rewarding and often fun, becoming quite attached to some of their chargeslike Chiquita, a raven who loved cherry-cola slurpees and rode in the family car with head and shoulders through the sunroof. Funny, warm, sad, and informativejust the sort of rich memoir that animal-lovers enjoy.