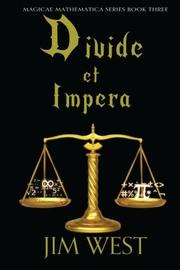 From the Magicae Mathematica series, volume 3

This third installment of a middle-grade fantasy series finds a girl and a city threatened by a wizard wielding a powerful and potentially deadly weapon.

Alex is a young girl who was mysteriously transported to a world where Latin and mathematics are combined to generate magic. With her mentor Archimedes in prison, she’s hiding in the wilderness outside the city, especially because fiendish Master Wizards Diades and Demetrius are looking for her. Though Alex is skilled at magic, Archimedes believes she’s the “missing variable,” with the ability to solve this world’s problems. Alex eventually meets winged Daedalus, who takes her to the Iron Mountains, where former advisers Socrates, Plato, and Aristotle have isolated themselves following accusations of poisoning the king. Unfortunately, Alex’s calculator is in the hands of Diades, and its mathematical capability makes the device inherently dangerous. Indeed, the wizard uses it to create a disaster that leaves the city in ruins and many of the inhabitants dead. Survivors form a party for an arduous trek through the woods to the Iron Mountains. There, they hope to reunite with Alex and make their way to the Master Wizards’ black castle to retrieve the device. Alex, meanwhile, under the assumption that all of her pals in the city have perished, concocts a similar plan. As in the previous novels, West’s (Circulus de Potentia, 2016, etc.) blending of Latin and math serves the story well, enhancing rather than sidelining the main plot. Diades, for example, torments his captive, Pythagoras, by using the device to calculate the number of people who’ve died in the tragedy. Latin phrases are most often conveniently translated (for example, by characters who’ve uttered them) and are sometimes profound on their own: “dum spiro, spero. While I breathe, I hope.” West adds his own effervescent descriptions as well (“the monster brought the blackness like an oily cloud that spread over everything hungrily”). Supporting characters stand out, including deaf Maya, a worthy counterpart to her blind brother, Mada, while others face hazards such as wolves and a blizzard. There’s no resolution or climax in sight, but the ending should definitely have readers keeping eyes out for the fourth volume.

Beaucoup magic and entertainment with just the right amount of educational value.