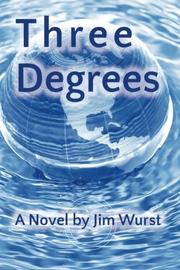 In the future, human society is battered by the effects of a climate change catastrophe that past leadership belittled and ignored. A largely automated “Satellite War” 20 years before, secretly initiated by a cabal of apocalyptic Christians in the United States’ military elite, destroyed much of the world’s communications infrastructure, leaving the planet Balkanized and suspicious. Rising seas have drowned many coastal cities and island nations, while parts of Africa and the American South are lawless, poverty-stricken, and decimated by plague. As always, a superrich minority has the most protection and other distinct advantages, although many of its younger members have withdrawn into nihilistic drug comas and indolence. In a crucial American presidential election, conservative President Thomas Ailes is poised to steal the popular vote—again—from a more progressive candidate, U.S. Sen. George Cranston, who’s engaged a scientist as his vice presidential candidate, with the goal of reversing the ecosystem’s downward slide. Wild cards include a shadowy hacker/agitator group, a continuing conspiracy to bring about the end time, and a gigantic, ominous “Chinese Device” under development by the unfriendly Asian superpower. Journalist Wurst kicks off his planned series with a cautionary forecast that compellingly depicts the sorry state of civilization in a strife-torn world. He presents his wounded future-scape in broad but always vivid strokes, favoring brief, punchy Ira Levin–style descriptions over extensive character development. However, he compensates for this with a consistent sense of urgency. Rather than dwelling on his evildoers, the author emphasizes the heroes and heroines in the ecological front lines, still striving, against the odds, to save vanishing species and salvage the planet. One hopes that further installments live up to this starter, which ends on a cliffhanger.

A provocative, big-picture view of a dystopian future that’s unlikely to be embraced by conservative readers.