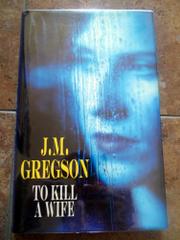 TO KILL A WIFE

Verna Hume is the kind of woman who’s not above stealing their joint employment agency from her trusting partner, blackmailing her father for a long-buried secret, and carrying on two adulterous affairs at once. So when her husband Martin, whose only offense is falling for Verna’s divorced sister Sue Thompson, decides to add to his guilt by plotting her murder, it’s no great surprise when somebody beats him to the punch, smothering Verna with one of her bed pillows. One of the lovers she may have been expecting that night? The father she was bleeding or his long-suffering second wife? The former partner she betrayed? The sister she’d taunted about her romance with Martin? Or Martin himself, despite the alibi that causes the Brunton CID to release him with red faces shortly after blustering Chief Superintendent T.B. (“Tommy”) Tucker has him picked up? Inspector Denis (“Percy”) Peach would much rather be baiting his boss than hunting the killer—and no wonder, since he does the former much more memorably than the latter—but after several rounds of squeezing the half-dozen suspects dry of their obligatory secrets, the cheese is left standing alone. A highly competent but bloodless performance from Gregson (Girl Gone Missing, 1998, not reviewed), notable mostly for its police hero’s unusually outspoken, and unpunished, impertinence to his boss.