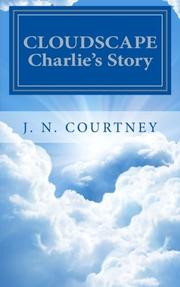 In Courtney’s debut middle-grade book, an ordinary boy visits a wonderful world where international refugees live among the clouds.

Young Charlie is looking forward to the upcoming baseball season but wishes that his father had a little more time in his busy schedule to help him practice. The only odd thing in his life is his clairvoyant Aunt Matilda, who enigmatically predicts that he’ll turn blue—a statement too strange for him to understand or take seriously. During a cross-country flight to his Roseport, New York, home from his aunt’s house in Portland, Oregon, Charlie’s plane undergoes strange turbulence and he finds himself sucked out into the open air, where he lands in the mysterious Cloudscape. There, people from all over the world live in different cloud regions, using whatever supplies they can scavenge from passing airplanes—the very practice that accidentally pulled Charlie in. He begins to change in fascinating ways as he acclimates to his new surroundings, taking on a scaly, clammy, and, as Aunt Matilda predicted, blue appearance like other residents. They introduce him to such wonders as cloud-flavored snow cones and baseball played with golf balls (and no grounders). But despite these marvels, he still plans to do what Cloudonians say is impossible: return to the ground below. Courtney’s lighthearted adventure offers rudimentary atmospheric science bolstered by fantastical sensory flourishes. But although the book excels at tactile descriptions (such as stickiness), it leaves the visuals of Cloudscape, such as the Cloudonians’ travels, origins, and living conditions, mostly to readers’ imaginations, a choice that undercuts the otherwise competent worldbuilding. A late discovery by Charlie opens this burgeoning series up to new possibilities in planned future volumes. The book also includes a reading-group guide, a few black-and-white photos of clouds and rainbows, and a handful of recommendations for further reading about clouds.

A light read for preteens that brims with possibility but leaves too many things vague.