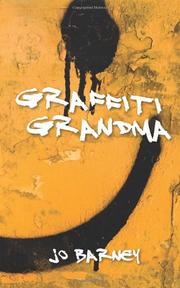 Ostensibly about a serial killer, Barney’s (The Solarium, 2011, etc.) novel is about much more than that. It’s also the story of people who are down but not out and a rumination on family, courage and responsibility—a book that reverberates long after the last page.

Grouchy old Ellie Miller, the “graffiti grandma,” is on a quixotic mission to scrub the graffiti off the mailboxes in her neighborhood.  With solvent and rags, she does it at least once a week. One day, she encounters Sarah, a homeless teenage goth girl who offers to help. But they’re wary of each other. In the first chapter, they discover, under a pile of leaves, the body of Peter, a homeless boy who was Sarah’s friend and protector. From there, the plot is off and running, even as it skips around. But that’s OK, since Barney is an agile writer with an uncanny ability to tie the plot strings together. For example, the narrative doesn’t get back to the action of the first chapter until Chapter 11, after all the characters are introduced, each with his or her own back story. There’s Jeffery, another forsaken kid whose grandfather comes to rescue him from a traumatic childhood, though he may not be a real rescuer after all. There’s divorced policeman Matt Trommald and his autistic son, Collin. And there’s Ellie, who’s no saint, though she’s finally sober. She thinks her troubled son, Danny, is long gone—and good riddance—but he might be closer than she thinks. Each chapter has its own appropriate point of view, with Ellie and Sarah in first person and Matt and Jeffrey in third. As such, it’s easy to get to know Ellie and Sarah and their wary dance around each other; Matt and Jeffrey, less so. Key to the plot is the camp in the nearby dense woods, where young runaways make up a ragtag family. But runaways are turning up dead. Who’s the killer? Fortunately, Barney’s narrative nimbleness helps wrangle the storylines as they race to a satisfying conclusion.

A gripping book with compelling characters who don’t want your pity.