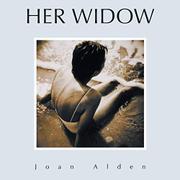 A heartfelt journal spans the year following a partner’s death from ovarian cancer.

Alden (When I First Knew, 2016, etc.) wrote this in memory of her partner—photographer and graphic designer Catherine J. Hopkins (1940-1996), with whom she lived in Catskill, New York. At that time, the legitimacy of their same-sex relationship wasn’t widely acknowledged. The local courthouse and church both refused to marry the women, but their pastor performed a wedding ceremony at their home in 1991, and Alden considered Catherine her wife. However, she would later feel shunned at a bereavement support group, and her parents, who never approved of her relationships with women, announced that they wanted nothing further to do with her. Month by month, these diary entries from 1996—addressed as letters to the late Catherine—illuminate the first year of sometimes-desperate grief. The author recounts her struggle to accept her identity as a widow: “I don’t know this person who can’t find meaning or pleasure in anything.” Flipping through photo albums unearthed memories of parties and vacations, but early on, it was the painful scenes that tended to linger: cleaning Catherine’s stomach tube, the final moments before her death, and the rituals of washing her body and informing relatives. Looking back, though, Alden could see that, however ironically, “those difficult days were the most intimate.” The journal artfully sets the enormity of loss in the context of everyday activities. Life goes on with a broken toilet to be fixed, a wedding to attend, and an ex-lover’s body to identify. Short, poetic notes on the weather close most of the entries, providing a sense of inevitable forward motion. Catherine’s black-and-white photographs also illustrate the seasons’ passage. By September, the narrative sees the author moving on—selling their house, moving to start a new teaching role, and facing breast cancer unfazed. She resolves to “remember the past with gratitude” and “neither to flee the darkness nor fly toward the light,” instead taking a cleareyed view of life’s mixed fortunes.