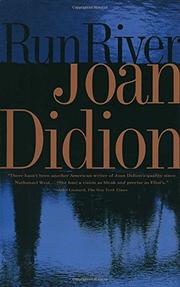 From the time when Everett McClellan kills Ryder Channing, his wife Lily's latest lover, this reviews the earlier personal history which led to this one finite, unnecessary gesture. Most of it centers on and around Lily whose rather fragile beauty harmonizes with her rather vague lostness; in spite of her reasonably satisfactory marriage to Everett, and their two children, she is disengaged and more or less suspended in the past of her childhood (looking to be loved as her father had loved her). Her only closer connection is Martha, Everett's sister, Martha who had first known Ryder Channing and accidentally drowned after his defection with another girl. So that now Lily, always more or less alone, drifting through occasional sexual episodes, only discovers too late what she has jeopardized and forfeited.... While the scene here is California, the climate seems more somnolently southern in character: the fretful dissolution. The faintly incestuous family relationships; the bourbon; the sex down on the levee; and the soft singsong of "baby" and "Everett baby".