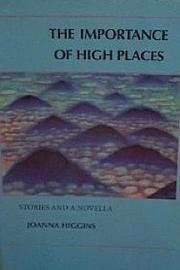 THE IMPORTANCE OF HIGH PLACES

Stories and a Novella

Fascinating tales of spiritual transcendence in generally humble surroundings—in this first story collection (and one novella) by a Polish-American children's author. Eccentric composer Deiter Jahnke, hunkered down in his Catskill home, has prepared himself for the dreaded deer-hunting season's opening day with ``No Hunting'' signs, loud music to frighten the deer out of harm's way, and neon-orange clothing to protect his own hide. But actual death—a hunter's accidental shooting of his young son and subsequentsuicide—shocks Deiter into an entirely different realm, and, in fact, in ``Opening Day,'' enables him to compose the great work he had nearly given up. Similar transcendent moments occur in ``Dinosaurs,'' (a depressed and aging man finds spiritual relief in a neglected theme park); in ``The Importance of High Places In a Flat Town,'' (a young quarry- worker struggles to believe he'll someday escape the confines of circumstance); and in ``Kahuna,'' the thoughtful, accomplished novella (a guilt-ridden Catholic priest revisits the site in Hawaii where an old adversary died—and takes the reader along on a captivating spiritual journey). Higgins's concerns center on issues of guilt and absolution, spiritual release, confrontation with one's own mortality, and the deeper meaning behind life's ordinary gestures. She renders the experiences of her characters—many of them old, often Polish, and usually Catholic—with a refreshingly masterful hand. A memorable experience, and a writer to watch.