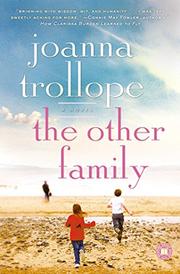 Second family of a British entertainer is unpleasantly surprised by his legacy, in Trollope’s latest sensitive depiction of domestic upheaval.

Richie Rossiter, whose first wife (and agent) Margaret grew up with him in the fishing and mining towns of Tynemouth and Newcastle, never dreamed of expanding his musical circuit beyond his native Northern England until a much younger fan, Chrissie, approached him after a concert. A successful artistic manager, Chrissie promised to put Richie on the map in London and beyond as a pianist and singer-songwriter. She also enticed him away from Margaret and their son Scott, then 14. Now, established in a fashionable London neighborhood with Richie and their three daughters, Chrissie suffers misgivings over the fact that she and Richie never married. She even buys her own anniversary band of diamonds, albeit industrial ones. When Richie dies suddenly of a heart attack, Chrissie learns he willed his early copyrights and his Steinway piano to Margaret (still his wife) and Scott. Worse, since Chrissie cannot claim a spousal exemption, the rest of his estate will be largely consumed by inheritance taxes. Paralyzed by grief and the threat of imminent destitution, Chrissie resists her friend Sue’s advice to sell the family house and give up the piano. Twenty-something daughters Tamsin, with her entry-level job, and Dilly, lovely but listless, are ill-equipped to support themselves. Youngest daughter Amy, 18, who is reluctantly studying for her University entrance exams, reaches out to Scott, now a lawyer in Newcastle, because she wants to learn more about her father’s origins. Amy, a flutist, negotiates a diplomatic solution to the piano debacle, and Scott, safely in possession of the Steinway—he’s a passably competent player—invites Amy to Newcastle, where she discovers a passion for folk music. Margaret, aging in a shore-side cottage with her cat, is both disillusioned and reinvigorated by Richie’s unexpected bequest.

Trollope (Friday Nights, 2008, etc.) treats her characters with tough love, refusing to either downplay or offer pat solutions to their predicaments.