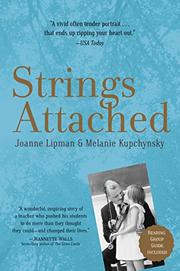 One Tough Teacher and the Gift of Great Expectations

Inspirational lessons from the life of one tough teacher.

Today’s parents who lament their children stressing over tests may be horrified by the themes of tough love and tenacity offered by this biographical tribute to the late Jerry Kupchynsky, “Mr. K,” a gifted high school strings teacher from East Brunswick, N.J., whose exacting methods helped spawn the careers of generations of musicians and educators. Journalist Lipman and Kupchynsky, a violinist and Mr. K’s daughter, met as children when Mr. K joined his daughter’s exceptional talents on violin with Lipman’s on viola to form half of a string quartet that would also include Kupchynsky’s younger sister, whose disappearance decades later reunited the authors. The bond forged through the intensity of creating music is but one of the storylines running through this engrossing account of Mr. K’s life. Born in 1928 in the Ukraine, Mr. K endured a litany of wartime atrocities before immigrating to the United States as a refugee in 1946. But prior to fleeing to the U.S., it was the sound of a German soldier playing the violin that sparked his love for classical music. Surviving these early hardships helped instill in Mr. K an appreciation of adversity as a motivator, an unflagging belief in the value of hard work and a willingness to fight for the underdog. With a booming Ukrainian accent and “trim” mustache, Mr. K’s battle-ax demeanor and perfectionist drive struck both fear and a ferocious desire to succeed in the hearts of his pupils. One of his more unforgiving approaches involved singling out a section’s weakest player—“Who eez deaf in first violins?”—and forcing the guilty party to play alone with a stronger player until the weak one improved. While tactics like these may not have earned his students’ immediate devotion, they never forgot him and often found they could achieve more than they ever dreamed.

Moving and motivating—a must-read for practicing professionals and would-be musicians.