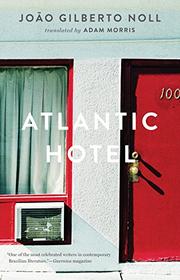 An unnamed man has surreal experiences as he journeys across Brazil.

Although author Noll (Quiet Creature on the Corner, 2016, etc.) has long been a phenomenon in his native Brazil, he has still remained largely unknown in the United States. This slim novel, narrated by a nameless man as he travels through Brazil, shows why that might not be such a bad thing. The narrator is a cipher throughout, telling strange, contradictory stories about himself to everybody he meets. He tells people alternately that he's an alcoholic on his way to a treatment center, a priest, a B actor specializing in soap operas, and other such lies, all for no apparent reason. As he goes on his journey, death and sex seem to follow his every move. He encounters corpses throughout and frequently trysts with strange women he's only just met. These lurid encounters are rendered dispassionately, presented as nothing more than quotidian events in the protagonist's life. These passages, both in their too-cool-for-school alienation and needless edginess, reek of affectation and cheapen the novel by making its cryptic nature feel like just a contrived stab at the avant-garde. Indeed, while Noll and his translator Morris' prose frequently has a seductive, noirish quality, the novel is so fatally hamstrung by its inherent lack of substance or point that any stylistic grace only reinforces how fundamentally empty an exercise it is. None of the surreal events in the unnamed narrator's life ever have a significance beyond titillation and transgression, and in its gratuitously sexual and violent episodes, the book often feels more like a 14-year-old's diary than the work of an eminent novelist.

A short novel that still manages to feel like a waste of time.