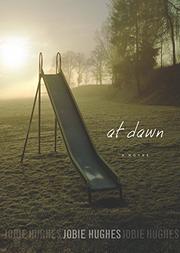 A writer manqué works a dull job, hooks up with a girl and finally gets his novel written—to no acclaim whatsoever.

Stratton Brown loses his Wall Street job in the recent economic downturn and impulsively decides to move to Chicago. His timing is a bit off, however, for it’s November and he finds Chicago a bitter place to make a living. At first, Stratton stays with a former acquaintance who’s making, as they say, a good dollar, but he quickly wears out his welcome by stealing his host’s booze and a few double sawbucks. Stratton eventually finds an excruciatingly tedious job helping to edit telephone books, and this gives him just enough dough to rent a run-down apartment, whose walls convulse with every passing of the El, a feature particularly annoying in the middle of the night. This unprepossessing room is rented out by the mysterious Gene, a man who appreciates cigars and fine wine. Around Christmastime, Gene and Stratton hit a local bar, where Gene bets that Stratton won’t talk to a fairly attractive—and obviously lonely—young woman. Gene reluctantly takes the bet but finds himself unexpectedly attracted to the woman, Carolyn, who with Gene’s help, escapes from an abusive boyfriend and moves in with Stratton. Although their sexual connection is heated, Stratton is reluctant to share his troubled past with Carolyn, a reticence that ultimately dooms their relationship. Hughes gives us generous flashbacks into Stratton’s growing up in Ohio, where his parents ran a bar and his father was an unadulterated jerk. While Stratton finds ample material for writing a novel, the reader is kept curiously in the dark about its substance.

A coming-of-age story for boozy 20-somethings.