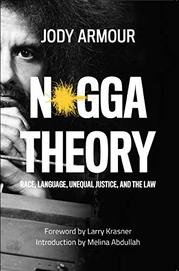 An acclaimed law professor’s case against the systems and mindsets that undergird mass incarceration of Black men.

As the Roy P. Crocker Professor of Law at the University of Southern California, Armour is one of the era’s most distinguished legal scholars. His book Negrophobia and Reasonable Racism: The Hidden Costs of Being Black in America (1998) is a seminal text in critical race theory that anticipated many conversations that are now central to the Black Lives Matter movement. In this book, he lays out his own branch of legal and social theory that challenges not only mass incarceration, but also legal and moral arguments promoted by many self-described “progressives.” He’s particularly critical of the “New Jim Crow narrative” deployed by Black and White reformers that emphasizes unjust sentencing of nonviolent drug offenders. An emphasis on criminal justice reform toward nonviolent criminals appeals to the sensibilities of White liberals and the Black middle class, Armour notes, but ignores the majority of Black criminals imprisoned for violent offenses. The author keeps “attention trained on serious, violent, and guilty wrongdoers,” who he says are demonized by conservatives, by many progressives, and by members of the Black middle class who cling to the “politics of respectability.” By calling his argument “Nigga Theory,” Armour says that he seeks to harness “the ironic uses of the N-word to assert solidarity with Black criminals whom the word seeks to vilify.” The book’s call for “compassion for all wrongdoers” and for resistance to “reveling in the retributive urge” extends beyond violent Black criminals to other convicted people for whom many on the left have sought “draconian” punishments. Armour’s scholarly bona fides are on full display in the book’s ample footnotes, citations of case law, and sophisticated analysis of legal concepts such as mens rea. Yet this is not an esoteric tome written for academics; the author writes in a poetic rhythm that effortlessly blends complex legal theories with rap lyrics and his own personal biography. One is just as likely to encounter Jay-Z or Ice Cube in Armour’s pages as they are to find Karl Marx or W.E.B. Du Bois.