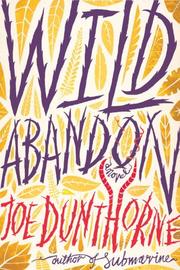 The consequences of being raised by hippie parents in a commune begin to loom large for two siblings.

Deservedly lauded for his debut novel and its subsequent indie-film adaptation, Dunthorne (Submarine, 2008) loses some traction but gains some writing chops with his sophomore outing. The book is set at Blaen-y-Llyn, a commune in south Wales whose experiment in self-sufficiency is beginning to fray at the edges after 20 years of isolation. The locals (and some of the residents) call it The Rave House, following a particularly noisy birthday party for teenager Kate. After years of exposure to nudity, drugs, goats and self-indulgence, Kate has decided to rebel in the most divisive way she can think up: dating a meat-headed local boy named Geraint and indulging in the banal amenities of suburban life outside the commune. At the heart of her rebellion is the growing tension between her parents: Don, the community’s bearded founder in love with his own skewed ideology, and Freya, a long-suffering spouse whose growing sense of discontent is throwing Blaen-y-Llyn into disarray. A number of other odd characters fill out the ensemble, from a dope-addled romantic smitten with another member of the community to a former ad man who appears to be quietly documenting the community’s demise for his own selfish purposes. The book’s beating heart is Kate’s brother Albert, a 12-year-old whose burgeoning sexuality, scalding intellect and off-kilter sense of humor put him at odds with everyone around him. The best scenes are those that put Albert and his beloved sister at odds. “Where were Mum and Dad while you were being brainwashed?” asks Albert. “I wash my own brain,” Kate retorts. While it lacks the self-awareness and cohesion of Submarine, this novel holds up admirably as a funny if meandering portrait of a postmodern family whose collapse is as meaningful as their coming together.

A fresh perspective on modern culture, peppered with colorful dialogue that keeps the story afloat.