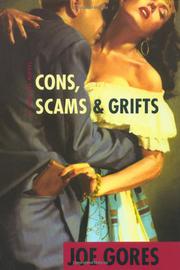 According to gypsy legend, Jesus himself gave the Rom license to scam. But murder is quite another thing. So when Efrem Poteet comes back from a hard day of pick-pocketing to a tender kiss from his wife followed by a knife in the belly, Yana Poteet becomes a hunted woman. Rosenkrantz and Guildenstern, two SFPD hard cases known so universally by their nicknames that no one can recall their real ones, are scouring San Francisco’s palm parlors and restaurants to pick up her trail. Dirty Harry Harrigan, also of the SFPD, is looking for her too, for reasons a little more personal. But more than anyone else, Staley Zlachi, king of the Bay Area’s Muchwaya gypsies, wants to find her and find her fast, before the gadjo cops launch a murder probe that puts the kibosh on his clan’s latest enterprise, a mega-scam scheduled for the papal jubilee celebration in Rome. So desperate is Staley that he turns to his old nemesis, Dan Kearney, whose repo agency short-circuited the Muchwaya’s last major con (32 Cadillacs, 1992). And always obliging, the men and women of DKA take time from chasing down the vintage demos Big John Wiley stashed in the garages of his UpScale Motors salespeople to chase Yana, too, as she lies and cheats and charms her way across two continents.

Gores’s skill at juggling multiple plots is unparalleled. Not every one has an equally surprising solution, but all are wonderfully ingenious—and the design behind them positively breathtaking.