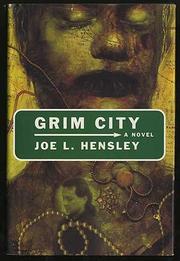 Grimsley City, Ky., isn't nearly as grim as the baggage attorney Jim Singer brings to it on his return. While he's recuperating from partial blindness (the result of being tortured in a mysterious government operation in Mexico), he's looking for the hit-and-run driver who killed his father. But instead of pursuing the killer actively, Singer allows himself to fall under the sway of canny circuit court judge Lionel Simon Daggert, who first appoints him probation officer (a little welcome money for the close-to-the-bone Singer) and then asks him to follow the murder case the judge is about to hear. Though Singer has had no desire for any woman since Mexico, he's entranced by Shirley Kentner, the acquisitive defendant accused of paying her dying husband's hired man to kill him. Jose Garcia readily admits that he tortured and killed sick old politico Fiala Kentner; the widow admits Garcia was her lover. The evidence, as it's filtered through Singer's laconic voice, seesaws back and forth with few surprises, leaving only two questions: Which of the two alleged conspirators should Singer believe, and what does the case have to do with the nightmares that have bedeviled him? Hensley (Robak's Run, 1990, etc.) works up considerable suspense over the foolproof did-she-or-didn't-she question, but his treatment of the bigger issues is both tangled and flat, with Singer too glum a narrator to be very engaging.