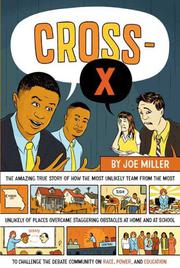 A Turbulent, Triumphant Season with an Inner-City Debate Squad

Both the author and his subjects come of age in this thoughtful portrait of an urban debate team struggling to win matches on a playing field clearly stacked against its members.

Each morning in Kansas City, Mo., the students at Central High—nearly all African-American, many of them poor—pass through metal detectors to enter their academically deficient school. One bright spot is the debate squad. Coached by a middle-aged white woman named Jane Rinehart, it has fielded several successful teams on the national circuit. Local journalist Miller followed the program through the 2002 season, focusing on four kids who made up two teams. Seniors Marcus and Brandon ended the season as one of the top teams in the country. Ebony and Antoine, both new to the game, became competitive as they learned the style as the season progressed. Miller does not tell a simple story of triumph over the odds. Instead, he depicts the complicated relationship between Rinehart and her team, the kids’ sometimes bratty behavior, the vast backdrop of negligence and misguided ideology that have helped put Central’s students at a serious disadvantage in American society. His descriptions give the debates the drama of a championship football game. The style of debate was arcane: Kids purchased complicated “evidence” off the Internet and literally speed-read their arguments as fast as they could rather than engaging in debate in the traditional sense. While the author at first believed that debating offered inner-city kids a ray of hope, he came to see its current emphasis on winning instead of genuine argument and dialogue as reinforcing the privileges of wealthy suburban kids while discouraging the participation of teens like those from Central. Deeply changed during the reporting process, Miller became the team’s assistant coach, working to develop ways to bring new voices and styles to the debate circuit.

A provocative portrait that uncovers entrenched racism and class disparities in the debate community and in America as a whole.