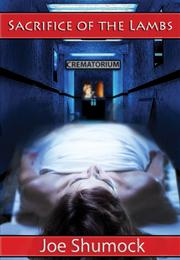 SACRIFICE OF THE LAMBS

In Shumock’s (Letter from the Dark, 2013, etc.) thriller, a former CIA operative investigates a series of strange deaths that may be linked to a secretive medical facility in Prague.

When Raegene “Rage” Doyle left Prague over 40 years ago, he may have left behind the love of his life, Katerina Bambenek. But Katerina’s recent letter asking Rage to return to Prague is on behalf of her late friend, whose 26-year-old daughter, Marta, died mysteriously. Katerina’s worried others may be in danger, including her own daughter, Ana, who’s taken ill by the time Rage’s plane arrives. Marta, along with two deceased male peers, had surrogate mothers, all of whom adopted the children after the intended parents died late in the pregnancy— Katerina and Ana’s identical circumstance. The Eagle Trust, a secret organization started years ago, had covered Ana’s expenses throughout the years and also funded Prague’s Cambridge Health and Research Center, where Ana works and is currently hospitalized. No one at the facility will allow Katerina to see Ana, claiming her daughter is in quarantine. Rage responds by getting in touch with old CIA contacts to identify members of the Eagle Trust and, with any luck, reach Ana. Someone watching Rage, however, worries his snooping will expose the center’s furtive operations, which members won’t allow to happen. Though the protagonist specializes in “private assignments,” Shumock’s novel focuses on espionage akin to Rage’s Agency days. The precise narrative, for example, describes Rage spotting two men in a van monitoring Katerina’s house. The story reveals too early the Eagle Trust’s most hush-hush research and the identity of a blackmailer in a subplot. Still, not all Eagle Trust members are immediately known, though Zuzana Balca’s title alone—Madam Chairwoman—gives her distinction. It’s likewise clear many are in peril, from Ana (readers know people at the facility are lying to her) to Rage (whom the baddies have marked as trouble), while dissidence within the Eagle Trust gleefully piles on the nefarious goings-on, including even more potential murders.

Thrives on suspense, with a capable protagonist who’s more spy than detective.

THE WOMAN FROM PRAGUE
by Rob Hart
Mystery