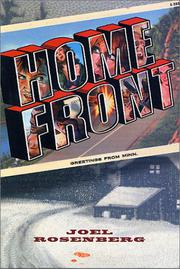 Reclusive Ernest “Sparky” Hemingway prefers the small-town life of Hardwoods, North Dakota, to the chaos of the city, and his freelance copyediting job to the rat race. The only thing that could draw Sparky and faithful mutt Snake out of the boondocks—an appeal for help from one of his close Vietvet buddies—comes from beyond the grave when Tenishia Washington, the teenage daughter of George “Prez” Washington, calls him. Gunned down by members of the Minneapolis chapter of the Crips, Prez told Tenishia with his dying words to call Sparky for help. Now that she’s threatened by the Crips herself, Sparky brings the sullen girl back to Hardwoods, encountering a little resistance from gang members parked near her house. Sparky and Tenishia warm to each other slowly but surely. Aided by another vet pal named Doc (Holiday), Sparky fends off Minneapolis police inquiries. The centerpiece of the story is a massive blizzard that causes Sparky to respark an old love and Tenishia to find friendship with some neighboring kids. When the blizzard subsides, a carload of Minneapolis Crips are found frozen to death not far from Sparky’s place. A letter Prez wrote shortly before his death turns out to provide the motive for his killing and gives Sparky the dangerous idea of making peace with the Crips before they make another attempt on Tenishia’s life.

Rosenberg (Not Quite Scaramouche, 2001, etc.) paints an appealingly offbeat backdrop for a mystery series, but leaves out the essential element of mystery. And Sparky’s nonstop wisecracks may have limited appeal for the series this debut is kicking off.