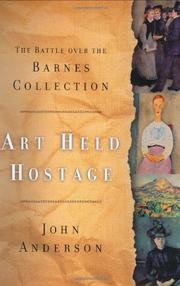 The Battle Over the Barnes Collection

The author begins with a fair portrait of Dr. Albert C. Barnes, amasser of the famous Barnes Collection and creator of the eponymous foundation charged with its preservation. Barnes received his medical degree at 20 and went on to wrest control of a pharmaceutical company that owned exclusive rights to manufacture an internationally prescribed gonorrhea medicine. (His signature style throughout his life was to hire first-rate legal counsel and pursue his litigious course until he got what he wanted.) Barnes’s fortune, preserved through the Depression, permitted the assembly of a fabulous collection that included 180 Renoirs; it’s currently valued at six billion dollars. Just before his death in 1951, the doctor changed the terms of the foundation’s indenture, granting control to the trustees of Lincoln College, the oldest black college in America, setting the stage for a long round of disputes. While the collection gained tremendously in value over the next four decades, the size of the endowment that paid for the upkeep of the French Renaissance palace that housed it dwindled through mismanagement. In the 1990s, foundation president Richard H. Glanton, a high-profile African-American lawyer, oversaw the galleries’ renovation and undertook the expensive litigation responsible for bringing the foundation to the edge of ruin. Anderson describes these conflicts in a work that by his own admission is “a legal tale” rather than a scholarly biography or a work of art history. The absence of footnotes, he explains, springs from the desire of his best sources to remain anonymous. That’s not surprising, considering the rancor all this legal wrangling has generated, including a lawsuit over a parking lot instituted in federal court that invoked the Ku Klux Klan Act.

Clear journalistic prose makes sense of the befuddling legal entanglements in an ongoing battle that has become notorious in the art world and beyond. (16 illustrations)