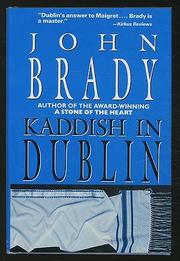 Sergeant Matt Minogue, of Dublin's Murder Squad (Unholy Ground, etc.), and his superior, Inspector James Kilmartin, are lobbed a political hot-potato: the possibly religiously motivated killing of the son of Chief Justice Fine, a prominent Irish Jew. After Paul Fine's body washed ashore, the League for Solidarity with the Palestinian People called the press and claimed responsibility. No one, however, has ever heard of the group, and Minogue focuses instead on who erased the late newsman's computer files: What story did someone want to disappear? A librarian remembers Fine calling up information on Opus Dei, a Catholic organization with a secret membership list and zealous political ambitions; and Minogue ties them in with two more incidents—the firebombing of the small Jewish museum/synagogue and the incendiary demolition of a former Opus Dei man in his Volkswagen. Before a leading MP and various others are toppled, the Murder Squad will investigate IRA factions and rabid ecology groups—plus delicately pressuring the Archbishop of Dublin for privileged information. Finely written, intellectually complex—and further proof of Brady's ear for dialogue and skill in pricking the conscience of a country.