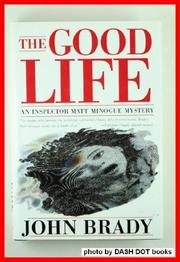 The fifth in Brady's superb police procedural series, Irish- style, finds Dublin's Murder Squad—sparked by Inspector Matt Minogue (All Souls, 1993, etc.)—grappling with the killing of ex- prostitute Mary Mullen. The young woman's body was pulled from Dublin's canal; an autopsy reveals a blow on the head and a two- month pregnancy. Also, the apartment she shared with Patricia Fahy has been trashed—in what Minogue surmises was a search for something crucial. He suspects the truth of Mary's rumored connection to the porn- and drug-empire of Dublin's own Mafia, the ruthless Egan brothers. But Mary was closemouthed about her life, and not much comes to light from questioning her roommate, her estranged father, and longtime pals James Tierney, a good-natured pool-shark, and Liam Hickey, a spineless sot given to minor robberies. Meanwhile, there are tensions within the Murder Squad, where rigidly old-ways-are-best Chief Inspector Kilmartin is forced to kid-glove the Egans, while his commissioner, with an international team, plots the wreckage of the brothers' enterprises. At the same time, Thomas Malone, the squad's new member, has his own problem—a drug-addicted brother just out of jail who's being assiduously wooed by the Egans. In the end, though, Malone's unorthodox methods will solve the Mullen murder. An unwavering air of menace accompanies a brilliant depiction of the city's slatternly underside—its foul smells, foul language, mean streets, and desperate lives overshadowing the twists and turns of plot—all of it riveting to the last page.