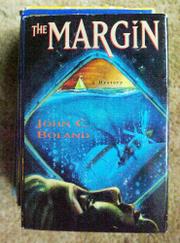 No good deed goes unpunished. Barely working investment banker Richard Welles and his wife, Anne, still traumatized after being raped by a friend of Richard's, rescue mega-developer Harry Wollenschaft's daughter from a plane crash. Their reward: Harry's velvety invitation to Richard to look into a Las Vegas investment he's considering and his insistence that Richard check out an upscale housing community stalled by protestors on a Chesapeake island. Then it's time for the anonymous phone calls insinuating that Ambrose & Welles ought to keep far away from Harry Wollenschaft, and it's all downhill from thereuntil the collapse, not of Harry's financial empire but of his house, firebombed presumably by the same person who brought down his daughter's plane. As Richard burns up the phone lines trying to figure out who's got it in for Harry, he discovers, unsurprisingly, that the list is longer than a major corporation's annual report. Drier, too, in stretches, since the suspects clustered around Harry are a lot less interesting than Richard and his troubled wifeor than their own get-rich-quick schemes. Richard's second case (Rich Man's Blood, 1993) should do best with people who skip the O.J. headlines and go straight for the financial pages.