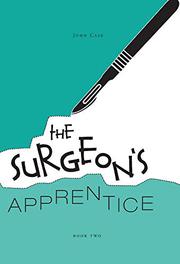 This second installment of a three-volume memoir focuses on a man’s years in medical school and his postgraduate specialty training in England and Scotland.

Case entered medical school in 1955 in Sheffield, England, a city known for its steel industry. It was the beginning of a 15-year journey that ultimately would land him in Alberta, Canada. Evidencing a remarkable ability to recall details, the author shares his classroom and clinical experiences as well as the lighter adventures of student life. Short, lively anecdotes related to youthful antics and friends and comprehensive descriptions of his multitude of residences over the years offer respite from longer sections that depict dissections and specific medical procedures, such as the first time he assisted in brain surgery. Although the portrayal of this particular incident is perhaps a bit too graphic for lay readers, it does include a surprising insider tidbit: “After a couple of hours, partway through the procedure, we stopped briefly for tea and biscuits.” Medical school was a six-year stint—“three years of preclinical studies were followed by three years of clinical study during which we learnt to apply the knowledge we had obtained to treat living patients.” And this was followed by a series of appointments to a vast spectrum of specialty departments. While Case had decided that he definitely wanted to be a surgeon, he also sought to accrue substantial experience in all of the medical disciplines in order to be prepared to practice his specialty in a rural area where a doctor had to be ready for anything. American readers, accustomed to titles such as student, intern, and resident, will likely need time to acclimate to the British terms for these positions. Surgeons, for example, held the title mister rather than doctor, a reference to their origins as barber-surgeons. Case’s genial prose, peppered with occasional 1960s- and ’70s-relevant social commentary, reveals his tender, compassionate attitude toward his patients. But it is encumbered by the author’s extensive use of medical terminology, which slows the story’s pace and makes many sections tough going for a general audience.

A technically informative, upbeat reminiscence that should appeal to aspiring medical professionals.