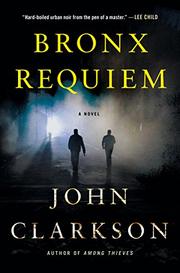 A fast-moving, bloody visit to the Bronx featuring the return of tough guy James Beck (Among Thieves, 2015).

Packy Johnson has just been released after a 17-year stint in the New York prison system. Less than a full day out, his corpse lies in a gutter not far from his mother-in-law’s apartment, beaten to a pulp and shot in the head but not robbed. His old prison friend James Beck is anguished and outraged, determined to learn what happened. A friend warns Beck that if he does “anything foolish—it won’t do anybody any good.” Meanwhile, detectives John Palmer and Raymond Ippolito catch the case. The ambitious young Palmer wants to pin the crime on Beck, a convicted but eventually exonerated cop killer. Still, says Ippolito, “You kill a cop, you’re supposed to fry.” Packy’s daughter, Amelia, street name Princess, is a teenage hooker controlled by pimp Derrick Watkins. She hasn’t seen her father since she was 3. Her grandmother Lorena Leon, a nasty piece of work, dismisses Amelia as a “whore and a drug addict.” This yarn has a lot of colorful bad guys such as the evil albino “Whitey” Bondurant and “Juju” Jackson, whose youthful acne reminds people of jujube candies, and, of course, Derrick, who calls Amelia a “broke-ass bitch [who] can’t even earn a pimp his money” seconds before she blows his brains out and disappears. The fights are spectacular and not for the squeamish. Beck gets a bad beating outside a bar despite his brass knuckles: “Beck knew he might die this night. But not as a beaten, helpless, handcuffed ex-con.” But stomping, crushing, smashing, kicking, fracturing, and crunching win the day for our hero. And that’s not even the main event.

Readers who take their novels strong and dark will savor this one. But if you want sweetness and light, move along. There’s nothing to see here.