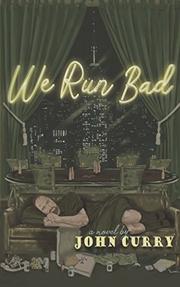 In this debut novel, an alcoholic gambler gets the chance to make money on the other side of the table.

When the housing market collapses and destroys Tim’s dream of flipping an old Philadelphia dwelling—and the portion of his savings he spent to acquire it—he abandons the property to his creditors and moves to Atlantic City to try “to play poker for a living.” Turns out that this is easier said than done, as Tim learns once he starts running bad. “What does ‘running bad’ mean?” he asks readers. “It means losing $50,000 in just under three months at middle stakes poker. It means a $2700 chicken sandwich—that’s the chicken sandwich you eat right after you’ve just lost $2700 right before lunchtime.” He’s also gained 30 pounds and developed a crippling addiction to alcohol while routinely entertaining ideas of drinking himself to death as a means of escaping his troubles. He tries to stay out of Atlantic City by squatting in his own foreclosed row house in Philadelphia, but he’s driven away when a neighborhood flood sends “raw sewage gurgling up through the basement’s drainage system” and he’s beset by a biblical plague of flies. He returns to Atlantic City and has just hit rock bottom when he gets an offer from “the world’s most inconspicuous loan shark,” Brian: running an underground card game in midtown Manhattan. It’s illegal and it’s rigged against the players—just like the casinos, Wall Street, and the rest of America. Tim agrees and is quickly dropped into a world of rakes, vigs, rich college kids, vague threats, and Russian floor men, where everything is too expensive and fools are easily parted with their money. For once Tim is on the winning side of a hustle—at least until, as happens with every hustle, the floor collapses out from under him. Curry’s prose deftly captures Tim in all his down-and-out glory. Like most literary drunks, he’s equal parts philosopher (“The secret behind all class conflict and social instability in the Western hemisphere lies within the walls of this American public convenience store”) and wince-inducing cautionary tale (“After about six more hours of trying to blind myself, I plod my way to the bathroom, as it seems the safest, most logical place to have a seriously dark moment”). Tim is offended by the casual racism of others, though he is a frequent source of it, and he rarely meets a woman who doesn’t cause him to go on at some length about the ways in which she disgusts him. Tim’s misadventures evoke the long tradition of vagabond literature practiced by writers like George Orwell, Hunter S. Thompson, Denis Johnson, and others. While Tim’s story will be compelling enough for fans of that genre, Curry does not successfully excavate enough humanity from the protagonist’s fringe experiences to warrant all the misanthropy and exploitative leering. The connections between the 2008 financial crisis, gambling, and addiction are fertile, but the author doesn’t quite tie them together in a satisfying way.

A gritty, often gross tale of a desperate ne’er-do-well.