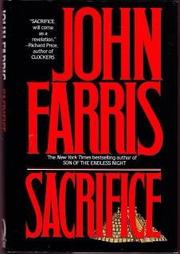 Farris (Fiends, 1990, etc.) concocts a thriller whose pitch-perfect middle Americanisms initially give credibility to its lurid plot. Greg Walker, a TV repairman in Sky Valley, Ga., is a strong, handsome Baptist who believes fervently in family values. When he's hit in the skull by a bullet accidentally fired by a neighboring kid, all the small-town gossip predicts him dead within a day; in fact, despite damage to the brain, he makes a complete recovery. Doctors brought in to analyze the ``miracle'' hypothesize that he may possess a variant gene that will allow him to live a long life. Meanwhile, we learn about his daughter, Sharissa, a 17-year-old whose virginity Greg is so anxious to preserve that he attacks her boyfriend. Then an old woman who has seen pictures of Greg in the newspaper arrives in town, claiming that he is her husband and the father of her child; if her claims were true, he'd be in his seventies, not his forties. All these mysteries are eventually solved by a single conceit: Greg is indeed a very old man; he is one of the chosen earthlings who have achieved immortality by observing the protocol of an ancient Mayan ritual. Every 19 years, he becomes another person—but only if he sacrifices a virgin. After this revelation, the action moves to Guatemala, where Greg has brought Sharissa (it doesn't take a rocket scientist to guess why). She gradually finds out what's going on, but the Guatemalan section, bloated with mystical background stories, is far less interesting than the novel's first half. Farris beautifully evokes ho-hum small-town southern life—his situation humor is so real, it's surreal—and Greg Walker is an intriguing character, but when he travels south of the border his story runs out of steam.