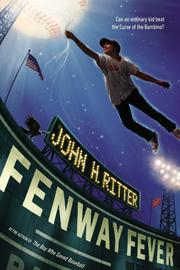 Beneath “all the festivity and hooplicity” for the 100th anniversary of Boston’s Fenway Park looms a calamity no one seems to notice, but a 12-year-old fan and an oddball starting pitcher step up to the plate.

The Curse of the Bambino, the 86-year curse that kept the Red Sox from winning the World Series until 2004 and again in 2007, is back. Early in the 2012 season, the Sox have gone from four games in front of the Yankees to one game back, in just 10 days. “We’re not that bad of a team, Stat Man. Something else is going on,” says pitcher Billee Orbitt to Stats Pagano, a young hot-dog vendor and statistics guru. There’s always enchantment at Fenway Park, but there’s more than magic afoot, or afloat, in Ritter’s life-affirming and tear-jerking new baseball novel. Ritter is a master at capturing the nuances of the game and infusing its magic into his tales. Here, Billee figures out that “It’s not the ball park that’s out of whack. It’s not even the team. It’s the balance of nature. It’s the chi,” and Billee and Stats set out to restore the proper lines of energy through the sacred grounds of Fenway Park and make the Red Sox winners again.

A surefire winner, full of energy and wonder.