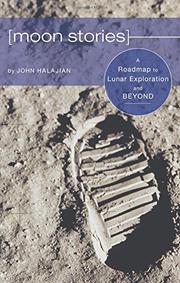 A Roadmap to Lunar Exploration and Beyond

A personal and occasionally technical account of one man’s involvement with NASA’s first manned mission to the moon.

Halajian (Armenian Church Architecture, 2006) went to Harvard in 1948, studied soil mechanics and was hired as an engineer at Grumman Aircraft Engineering Corp., which became Grumman Aerospace Corp. just in time for its various labs and specialists to begin work on the techniques and technologies that would make President Kennedy’s challenge to land a man on the moon a reality. If astronauts such as Neil Armstrong are the NASCAR superstars of what was to become NASA’s Apollo missions, the hundreds of scientists like Halajian were the pit crews—unknown to the public but essential to the mission. In a series of 22 short “moon stories” (one gets the strong—and comfortable—impression the author has been telling these stories for years), Halajian recounts his days working on problems of lunar soil analysis and landing-module mechanics. There are charts and diagrams only his fellow scientists will understand (several of his scientific papers are also reprinted in the back of the book), but these are more than counterbalanced by the humane and touching stories Halajian tells of his various co-workers (and more distant luminaries such as Werner Von Braun and Gerard Kuiper). Interwoven through the book is the author’s deep affection for his adoptive homeland of the United States and his persistent inquiries into the “pioneer spirit” of its nature. The bulk of this slim book of recollections involves the work he did on mapping and imaging the moon’s surface, and although some of the discussions can be dauntingly technical, the sense of path-finding is ultimately exhilarating.

A welcome addition to the literature about mankind’s fascination with Earth’s nearest celestial neighbor.