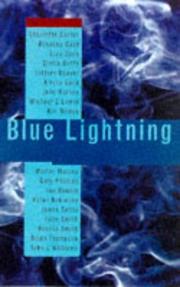 Eighteen stories in the mystery genre, edited by British poet, cultural historian, and mystery writer Harvey (Easy Meat, 1996, etc.), explore the meaning of music in offbeat lives. Gritty nightclub dressing rooms, late-night disc jockeys talking to themselves, pop lyrics ironically contrasted with grim realities, romantic sax men dreaming through their horns—it’s all here, from writers as established as Walter Mosley (whose “Blue Lightning” offers a brief glimpse of the dignified ex-con musical tootler Socrates Fortlow finding redemption) and as unheralded as singer/novelist Rosanne Cash, who imagines a sentimental summit between her father, Johnny Cash, and an ineptly disguised Beatle in “John Lennon in the American South.” Most contributors, like Harvey himself—whose “Cool Blues” sets his hero Inspector Charlie Resnick on the trail of a serial robber who takes the names of Duke Ellington’s band members as his aliases—lack superstar dazzle but are reasonably well known. Jeffery Deaver’s “Nocturne” is a snappy Manhattan police procedural about a stolen Stradivarius and an unconventional, musically-inspired cop’s bighearted sense of justice; Gary Phillips” more standard whodunit shows what fools rap musicians can be as Ivan Monk, his series detective, unmasks a “Stone Cold Killah.” Most stories dwell on the peaks and pits of musical types who—ll never hog the spotlight: Ira Rankin, in his pretentious second-person confessional “Glimmer,” tells of a dissolute playwright who happened to be in the right place at the right time when the Rolling Stones needed somebody to sing “ooh, ooh.” Music also sounds rites of passage, bringing on a mental breakdown in Kirsty Gunn’s “Aja” and a heart attack for an aging blues singer in Charlotte Carter’s “A Flower is a Lovesome Thing.” Sour notes: in an appendix the writers plug their works, prattle on about how much they love music, and list the tunes they played while they were writing the stories.