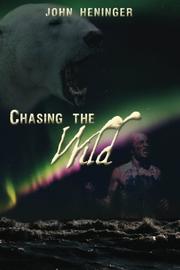 An immensely satisfying coming-of-age story wrapped around an intriguing adventure.

Affluent, popular and athletic, high school junior Jack Morrison had everything, and everything to lose. His life begins to derail when his mother dies of cancer. His father soon remarries and then gets charged with involvement in a Ponzi scheme, two events of nearly equivalent grimness to Jack. But misfortune is in store for Jack. His 5-year-old brother, Danny, is diagnosed with terminal cancer. With an incarcerated father, deceased mother and AWOL stepmother, Jack assumes the role of primary caretaker. Instead of taking Danny for the recommended, but ultimately futile, treatments, Jack and his childhood friend Jill decide to try to fulfill Danny’s wishes by embarking on a quest to the Arctic Circle to find the polar bear Kunik. The great bear is featured in an Inuit legend handed down from Jack’s great-grandmother and is believed to escort dying people to Nanuqpakma. The road to the Arctic Circle is, of course, paved with numerous external obstacles and emotional struggles. The pace of the action is exactly what it should be—fast enough to keep readers turning pages but slow enough to allow emotional nuances to develop. Heninger (Eyes in the Stone, 2007, etc.) applies an appealing sense of magic and spiritual possibility in this work. He seems to have a good ear for the ways that people of various ages and ethnicities speak; dialogue is natural and believable. Character development is generally excellent, with even minor characters deftly portrayed in a few swift strokes. The disappointing exception is the stepmother, Claire, a one-dimensional gold digger so unmoved by Danny’s cancer that she can’t even trouble herself to return calls from his oncologist. For a woman so hurt by her first husband’s premature death that she attended a grief group (where she met Jack and Danny’s father), this callousness begs for more explanation. However, this sort of misstep can be overlooked in a work of this overall quality. Building on its strengths, the book’s intensity increases until the emotionally gratifying conclusion.

A triumphant YA novel that explores what can be found when everything is lost.