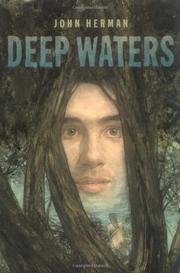 When Andy, 13, arrives at Camp Winasaukee, he loves everything about it—the fresh canvas smell of the tents, the dew on the grass, and the sight of Johnny March practicing his dives. Tan and well-muscled, with an easy manner, Johnny is the camp’s star counselor. Andy wonders what Marsha Peters, the prettiest girls’ counselor, sees in Tony Snow, to whom she’s engaged, especially since she was with Johnny the year before. Andy and Julian, a brilliant and worldly older boy, set in motion a competition between Johnny and Tony, with half the camp rooting for Johnny to win Marsha back. Andy becomes more and more uncomfortable with the situation, and his part in it, but it’s too late to stop it. A clear, first-person narration allows readers to see the world through Andy’s eyes as he loses his innocence and becomes aware of the complexities beneath surface appearances—jealousy, competition, deceit, and betrayal, all mixed up with friendship and admiration. An ever-tightening thread of tension that accompanies Andy’s growing discomfort will keep readers glued to the page. (Fiction. 12-16)