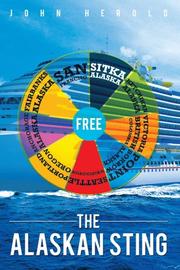 In Herold’s debut novel, a young, womanizing boozehound struggles to catch up with his elusive Alaska-bound cruise ship.

Young, single Tom Courier has just been gifted an all-expenses-paid trip aboard the Nordic Princess, courtesy of his cousin and co-worker, Scott. His objective: two weeks of bourbon-soaked, coitus-filled relaxation. Things seem on track after he achieves his objective an hour into his initial connecting flight. From there, however, his plans veer wildly off course: A bomb detonates on the plane’s wing, forcing an emergency landing in Portland. Tom misses the Princess’ departure, but his luggage finds its way on board and serves as motivation throughout the story for him to reach the ship. Unfazed, Tom seizes the opportunity to spend an erotic evening with Mandy—the “cougar” he met on the plane—in a secluded hideaway in the Oregon wilderness. Herold’s ominous foreshadowing hints at Tom’s impending misfortune, and trouble continues to lurk just below the surface for much of the novel. The author maintains sufficient momentum as his protagonist pushes on, inching ever closer to reaching his stateroom aboard the seafaring vessel. Yet an ensuing stream of uncannily coincidental mishaps keeps him perpetually one step behind. On his next layover, in British Columbia, Tom finds himself in another love affair, this time with a local surfing champion named Giata. In increasingly predictable fashion, this fling proves more urgent than catching the ship, of which Tom remains in tepid pursuit. Unfortunately, Tom’s seemingly one-track mind accentuates his shallow depth of character and risks preventing many readers from relating to him. Following another airplane crash, Tom finds himself in the port town of Ketchikan, Alaska, engaging in yet another romance with a local beauty. There, he’s hurled inexplicably into a two-man campaign to track down a mythical, luck-bringing sea beast. The story’s rapid pace continues at the expense of character development, while typos throughout further distract from the more subtle plot threads Herold attempts to weave. Despite the lulling effect of its rhythmic, seemingly inevitable series of calamities, the story revives for a compelling final twist.

A fast-paced, engaging trip to the heart of a bachelor, without enough plausibility or dimension.