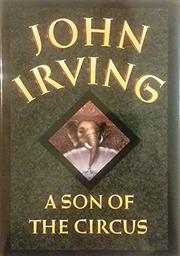 A SON OF THE CIRCUS

Irving (A Prayer for Owen Meany, 1989, etc.) sets his new book about outcasts and freaks in India, but the story is weighed down by the same stale bag of tricks he has been trotting out since Garp, only now they are more tedious than ever. Part murder mystery, part travelogue, part meditation on faith, sexual personae, and prejudice, the story follows Dr. Daruwalla, an orthopedic surgeon who lives in Toronto, back to India, where he was born. In Bombay, he tries to find a genetic marker for achondroplastic dwarfism — the condition that afflicts the circus dwarves he loves. Daruwalla is also a secret screenwriter for the Hindi cinema and has created the enormously popular and universally loathed Inspector Dahr — a character he invented for a man whom he had rescued as a child and who is like a son to him. And, in a typical Hindi film twist, the real Inspector Dahr has an identical twin who was separated at birth and has grown up in Canada. This twin also travels to Bombay, as a priest in training, unaware of his twin, the extreme hatred for his look-alike, or the fact that the current film seems to have inspired a series of murders and that he or his brother might be the next victim. Subplots involving the fates of orphans, prostitutes, homosexuals, people with the HIV virus, and children sold into bondage are all marched out like speakers at a mulch convention. The descriptions of the Indian circuses and the lives of the performers are the most interesting parts of the book, but they are buried under an avalanche of blather. The idea of disassociation, that "immigrants are immigrants all their lives," is ham-fistedly pounded into the reader without any of the humor or grace of Garp or even Cider House Rules. Irving's literary hero, Dickens, was paid by the word and was serialized in magazines, so he had a need to pad. Irving has no such excuse.