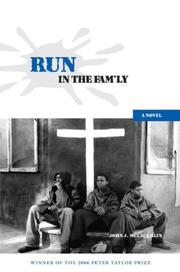 In Oakland, a young man struggles to rise out of poverty and take care of his girlfriend and infant son, but his past seems to prevent him from moving forward.

Split into a prologue and three distinct parts, this book belongs to Jake Robertson; his voice is strong as he tells his story, although the language of the book—full of creative compound phrases, striking imagery and lyrical passages—can be confusing or repetitive, especially during action scenes. The prologue introduces Jake as a child, traveling from Chicago to Oakland with his family. Here readers meet his dad and witness firsthand the troubled relationship that is at the heart of the story. Part One jumps into the current day, where Jake struggles to provide for his girlfriend, Noel, and their potentially asthmatic son, William, despite trouble Jake is having with his caseworker and the man who runs the labor hall on which he relies for work. While this section feels a little drawn out, the book hits its stride in Part Two, which provides insight into the events in Jake’s life that defined him and brought him to where he is now. Jake comes to life as a character here—a flawed, troubled man with good intentions. McLaughlin deftly builds his tale so that, once Part Three begins, readers have a deep understanding of Jake, as well as the central conflict of the tale. Jake’s father has been released from prison and is looking for his son so that he can include Jake in a scheme that would solve all his problems. However, Jake’s involvement in this plan will force him into a confrontation with his father and bring to light secrets that have been buried for a long time—secrets that have shaped Jake’s identity. The strength of Jake’s character, and the skill with which McLaughlin creates him, makes this a compulsively readable book. By the time Jake is forced to make a decision that will change his life, readers know enough about him and about his past to know what is at stake—and the resolution doesn’t disappoint.

McLaughlin delivers stirring imagery, a deeply moving look at American poverty and, most impressively of all, a realistic, relatable character in Jake Robertson.