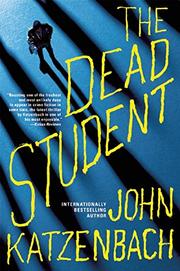 Convinced that the shooting death of his psychiatrist uncle was murder—not a suicide, as ruled—a Miami Ph.D. student with a binge-drinking problem turns to his high school girlfriend to help him uncover the truth.

Timothy Warner, known as Moth, has long depended upon his Uncle Ed, who had drinking issues of his own, in times of crisis. He knew Ed well enough to know that he would never have shot himself, no matter how convinced the police are that he did. Not knowing whom else to call for help, he contacts his old flame Andrea Martine. Known as Andy Candy, she's in a fragile state herself, still recovering from an unprosecuted case of date rape and from having her heart broken by Moth. But though she's reluctant to see him again, her devotion slowly returns. With all their quirks and foibles, they make an unusually appealing team. When the narrative is taken over by the smugly self-admiring Student #5, a former student of Ed's who is stalking old professors he has grudges against, the book becomes more predictable. As devious as Student #5 is, he meets his match in Moth and Andy. "You're not a cop. You don't know anything about killing," Andy says to Moth early on. "I'm a fast learner," he replies.

Boasting one of the freshest and most unlikely duos to appear in crime fiction in some time, the latest thriller by Katzenbach (Red 1-2-3, 2013) is one of his most enjoyable.