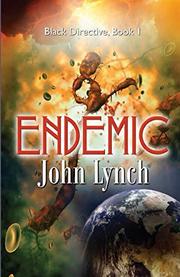 In this novel, a covert team investigates an unexplained outbreak of a deadly virus in Africa.

A secret organization strives to protect the people of Earth from things “that are not supposed to exist,” such as aliens. This outfit recruits Hugo Valentine, who leads a team of operators that is currently in Africa on an undercover mission. The other members include French physician Thelmia; Cid, a cyborg armed with alien technology; and Chuck, whose biological modification provides him with unparalleled speed. But soon they welcome a new associate, Rajiv, a scientist from the Research division who has details on their latest assignment. Over in Congo is an outbreak of what Research believes is the Marburg virus, although it may be Ebola. Posing as a World Health Organization team, Hugo and the others head to the community of Watsa to investigate the hemorrhagic virus. Once there, they don hazmat suits to examine the specific village where the epidemic apparently originated. Surprisingly, they discover mutilated bodies of people who appear to have died violently and not necessarily from the disease. This soon precipitates the additional threat of cannibals in the area. Although the team is combat-trained, taking care of a group of cannibalistic killers coupled with stopping the spread of the virus may be too much for the band to handle. But finally identifying the real enemy leads the team to the pathogen’s shocking genesis while a hefty gunfight culminates in missing colleagues. Lynch’s (New Persia, 2018) action-laden sci-fi tale certainly delivers the goods. As part of the clandestine organization, team members undergo three “Phases” of rigorous training, and Chuck isn’t the only biologically modified one in the band. There are copious particulars on the group’s weapons, along with countless flying bullets and the occasional explosion. But the author also excels at describing suspenseful scenes, such as the team stealthily tracking killers in the jungle. Thelmia, for example, slowly and carefully sets up an explosive while “Chuck partially unsheathed his throwing knife, and Rajiv screwed a suppressor onto his PDW” (a submachine gun). Moreover, Lynch incorporates into his novel a subtle theme of science versus religion. Hugo, a practitioner of voudoun, represents the latter, and his invocation of spirits can trigger an apparent trance or even a seizure. This worries Thelmia, who views his episodes as a doctor and believes Hugo not reporting them (presumably to the organization) puts the whole team in danger. Readers learn only fragments of information regarding the organization and the training it provides as well as the alien encounter that ultimately led to Cid’s new plastic-skinned body. Other characters are likewise mysterious, as their backstories are largely unknown. This nevertheless has a benefit: The narrative, minus extended exposition or flashbacks, rarely slows down. This book is furthermore the first installment of a series, and follow-ups will surely attract readers hoping to learn more about these skilled, enigmatic players.

A sci-fi adventure with plenty of action and character intrigue.