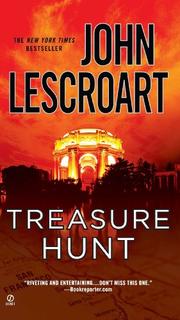 A month from throwing in the towel, Wyatt Hunt gets a chance to put his faltering private-investigation firm back on the map.

Ever since The Hunt Club made headlines and trod on important San Francisco toes in its first big case (The Hunt Club, 2006), his name has been anathema in police circles, and spooked clients have stayed away too. But when Hunt tells aspiring chef Mickey Dade, his driver and sometime fieldworker, that he’s going to have to let him go, Mickey makes a counter-offer. Fresh from discovering the body of wealthy activist/philanthropist Dominic Como, Mickey has heard that Hunt’s old nemesis, Inspector Devin Juhle, is looking to pin the murder on Alicia Thorpe, a volunteer at Como’s principal charity, Sunset Youth Project (SYP). Hunt could make the rounds of the organizations Como funded, Mickey suggests, get them to put up a substantial reward for information leading to a conviction and ride the attendant publicity back into the limelight. It’s a pleasure to watch Hunt—at first diffident, then increasingly confident—persuade the executive directors of Mission Coalition, Sanctuary House and SYP to pony up. In a particularly zesty turn of events, grieving widow Ellen Como adds a substantial sum to the reward even as she’s promising to claim the whole pot if her announcement that her husband was carrying on with Alicia closes the case. Alas, it’s all downhill from there. Despite a second murder, there’s little excitement in Juhle’s pursuit of Alicia; The Hunt Club’s investigation mainly turns up the unsurprising news that there’s a lot of civic corruption in the Bay Area; and the denouement, in which Hunt summons all the leading figures in the case to his office so that he can identify the killer by spotting discrepancies in the suspects’ stories, will make you think you’ve wandered into an antique bookstore.

Worth reading only for Lescroart’s customary sharp-edged portrait of the myriad temptations San Francisco offers citizens with money and power.