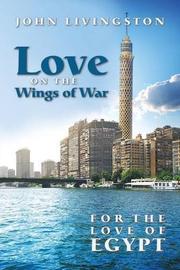 Love on the Wings of War

An American graduate student faces serious obstacles when he falls for a young Egyptian woman in Cairo in this novel.

Mark Adams, recently widowed and completing his doctorate in 1967 Cairo, is powerless to resist the attentions of university student Nadia Kemal. Only 18, she is both alluring and naïve; but, as attracted as she is to Mark, she is determined to keep their budding romance a secret from her overprotective, politically connected parents. Further, she has a cautionary tale from her great-aunt, Zaynab, exiled and rumored to be mad, after witnessing the emasculation and murder of a lover deemed inappropriate by her father. Mark considers Nadia’s elaborate ploys to hide their affair paranoid, until he receives a warning from his landlord. An attempted arranged marriage by Nadia’s father, a surprise pregnancy, and the disastrous Six-Day War push their relationship to a crisis point, and Mark is forced to flee Egypt with other foreigners. After Nadia’s failed attempts to escape to Greece to meet her beloved, and her parents’ discovery of their liaison, Mark returns to Egypt, where a convoluted series of events proves the extreme lengths to which Nadia’s family will go to keep the young lovers apart. Mark converts to Islam so they can secretly marry, which further infuriates Nadia’s father. But Mark is relentless, endangering not only himself, but his close friends as well. Will Nadia’s family ultimately capitulate? In this tale, Livingston (Mother East, Daughter West, 2016), an Islamic and Middle East history professor and seasoned fiction writer, concocts a somewhat anticlimactic ending that raises lingering questions about the main characters. Nevertheless, he couples his expertise on the culture and history of the region with a touching illustration of the challenges of cross-cultural romance. His evocative portrayal of Cairo brings the setting to life and makes it appealing, despite the rampant repression of the era. Unexpected moments of humor creep into the story, such as Mark’s discovery he is being monitored when he pees off the side of a balcony and hears a muffled cry below.